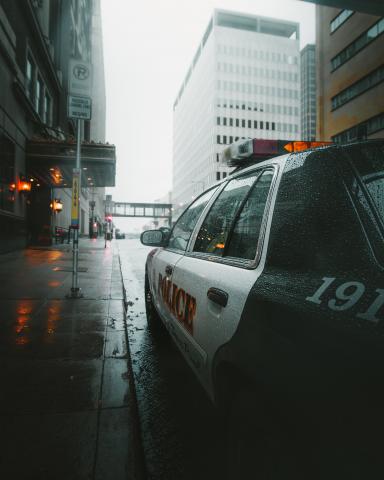 A common argument against the widespread adoption of driverless technology is that the cars can be hacked. Perhaps these people should consider the possibility of hacking versus the fact that chronic drunk driving offenders are free to stay on the roads, imperiling - and often killing - innocent people every single day in this country.

Bettcher was arrested Thursday after an off-duty deputy witnessed him leaving a VFW in New York Mills and alerted the sheriff's department, who intercepted Bettcher swerving on the road and pulled him over, at which point he refused a field sobriety test, telling the deputy, "I am way over. Take me to jail."

Bettcher's criminal history already includes spending four years in prison for a prior drunken driving offense, and he's been ordered to treatment at least a dozen times.

While appearing in an Otter Tail courtroom in 2010 for his 27th arrest, a record for a Minnesotan at the time, the on-and-off construction worker and handyman said, "I drink to get drunk."

I'll take my chances with the robots, please.

This is so wrong on so many levels. This man should be serving more then  4 yrs. and the fact that he has a valid DL is apauling! Has he hurt, hit or killed anyone? It's just Russian Roulette when get gets behind the wheel! There is something seriously wrong in Minnesotan!

How does this happen.  They

How does this happen.  They need to lock him up and loose the key.  Just saying.

Winner! Winner! Of the DWI and putting all of lives in danger Chicken Dinner Award!

I no longer blame this guy. I blame the district attorney’s and judges, who rather than do their jobs, find it easier to just let him walk. Where are the citizens who have the power to fire the DA and these spineless judges?  How powerless the deputies must feel, arrest after arrest and no consequences = YET. He needs to do 4 consecutive years for each offense (4 x 28).  That ought to keep him from the bottle.

They are all idiots from the

They are all idiots from the top down

B.D. Stewart, the problem is people continuing to put liberals into power. I agree with you

Fire the manager of the person whom issued his license and put that person in the same cell as his bunk-mate.

As a mother & a grandmother of young persons of driving age, I am scared by this news. Idiotic jackasses like him that have no respect for human life do not deserve freedom at all!! This is the reason that certain laws should be Nation-wide, not by state!! That man in some states would have only 3 strikes & been put away for life!! He is the reason why so many people die every year on the roads! I totally agree that whoever issued his driver license last needs to find a new job, after going through a DWI/DUI class where they show accidents & victims of drunken driver accidents!! The lawyers, judges, anyone involved in his getting away with it for 28 times, also need to be disciplined the same way!! WHAT DO YOU THINK?

hi, quit wasting our taxpayer money on jailing people who...

dude, the guy needs rehab or therapy, not a jail sentence. All u are doing is wasting his time, our money, and everyone is just in a funk. How will that fix the problem long-term?

Law enforcement are such tools sometimes that they forget how to be human and think sometimes. Stop beating everything and everyone who doesnt fall in line with a stick and start being responsible thoughtful wiser problem-solving members of society instead of doing the same thing 28 times and expecting different results. The guy needs professional help. Not goon treatment. Can't you figurethat out after at least the third time? And clearly he's not going to go in on his own. So since you have him cornered anyway, instead of wasting our money paying more tools to kick him around, do us all a favor and get him a really good therapist or rehab instead.

Who the hell do you think is going to pay for this so call "really good therapist?" I agree he's sick, however, his sickness can be fatal to people simply because they are within 20 feet of him. In this perticular case, the man stated he "drinks to get drunk" that's a reckless, premeditated effort to break the law, knowing he will become a danger on the road. Rehab rearly ever works! If that were the case, given the fact that every single state has a manditory treatment program for DUI offenders,  we would hear more about the many, many examples of its success but we don't!  The problem is drukeness in our cuture is not seen as a problem because the recovery (sobering-up) time is so quick and the offender is back to normal till the next time. Drunkeness is the scurge of this and many countries. Hell, the president MADD (Mothers Against Drunk Drivers) gets busted for a DUI! The health industry refers to alcoholism as a diseases and I get it, however, they are very vauge about the cure! Treament seems to be the consensus but, when should it start and for how long, who should pay for it and most importantly... what is the presummed success rate? In my opinion, if you want to stop a person from drunking and becoming a danger abstinece is the only remedy. If a person refuses to self engage in this process, weather it be with therapy or left to he or shes on devises then to only other option is isolation.  Many municipalities have tried in- home detention as a compassionate alturnative, however, this often fails as access to alcohol is relatively easy.  As a last resort imprisonment must be instituted as a safe guard to out of control behavior. Simply put... I'll pay to imprison a danagorous drunk rather then take my chances on a system of "treatment" that has never shown any signs of any substantial success!

Permalink- Try reading the article.  It says he's been sent to theray "at least a dozen times"!  How's that worked so far?  Therapy does not help those who do not want to help themselves.  His own quote, "I drink to get drunk," tells you his actions are deliberate and therefore, criminal.  Take your bleeding heart, no one is responsible for their actions comments and go sit quietly in the corner.

Why is this man in possession of a driver's license AT ALL at this point?  What the hell is the matter with the court system that he is allowed to possess this right after 28 violatons????  Take away his driver's license, give man kind a fighting chance...He can use his two legs or ride a bike, otherwise, he should be living behind bars.

He has a character defect, and it can't be cured.

If Danny Bettcher wasn’t to get drunk that’s his business,but there is no way that this man should ever have a driver’s liscense.Minnesota needs to change or make some laws to address this.Contact your state representatives to get the ball rolling and keep on them.Fortunately Mr. Bettcher was stopped and did not harm or kill someone before he got to his destination that night.I almost killed someone 47 years ago while driving beyond drunk.I also drank to get drunk.I got help and the only violation since were parking tickets.Raise hell and get some new laws or vote for new reps who will.

Obviously, Minnesota is the problem. THey seem to have no accountability in anything. Not a surprise in a blue state. In Ga, 3 strikes and you're out

No action 28 times for DUI

Unbelievable!!! I am speechless. Still looking for the cameras...this has got to be a prank! I can not fathom an individual caught 28 TIMES for DUI and the thousands of times he was NOT. What does it take to keep the public safe? It is the job starting with Bettcher all the way up the ladder. The only individuals I see doing an outstanding job are the police officers! Yes, all 28 of you have upheld the law to keep the public safe. Hats off to all 28 of you!! I would personally like to apologize for the brick wall in front of your face. Maybe now they will knock it down to avoid hitting you face again. The rest of you who are involved shame on all you for allowing these events in history to happen. If it was your loved ones injured or God for bid killed this would have never happened. It is said your 4th DUI is a felony therefore we have 25 felonies in this case. No one wants to receive that phone call! Let's make a difference today.  PLEASE protect our loved ones too!! God Bless to all.

Permalink Submitted by John mcgilicutty on Sat, 10/31/2020 - 10:53am
Any place that has a liquor license in his county and beyond should be issued a notice to not serve this man! He clearly lacks the intellectual skills to understand that driving while drunk endangers the public....and obviously our criminal justice system is flawed. The power to the people! Protect your community! Even if the individual bartenders have to take a stand. Do not serve this man! He is clearly a moron and should be ashamed.