Get the information needed to protect the rights of a personal injury victim in Mobile, Alabama 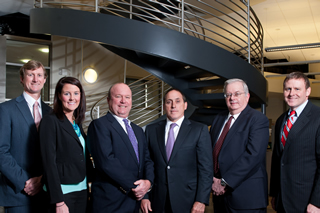 Taylor Martino was founded in Mobile, Alabama in 1988 with a single, simple vision: the passionate pursuit of Justice for plaintiffs. Since that time, the firm has distinguished itself in local, regional, and national cases, obtaining in excess of a billion dollars in compensation for thousands of plaintiffs who have suffered serious personal injury or financial losses.

If you have suffered a serious injury from a defective product, a faulty prescription drug, a car or truck accident, an electrocution, or an industrial accident, you need an experienced attorney to take your claim to court. We serve personal injury clients in Alabama and Mississippi.

Representing Victims For Over 30 Years

The firm's team of trial lawyers focuses exclusively on representing the interests of injured people and businesses - not insurance companies, product manufacturers, banks, etc. Our attorneys are specialized in nearly all areas of civil litigation and maintain a long-standing reputation as trailblazers in the field. The firm's attorneys are fully - equipped with a large staff of legal assistants, an on-site investigator and state-of-the-art facilities, allowing them to provide exceptional reputation to their clients.

The firm provides its services to plaintiffs of all kind - individuals or family members who have suffered serious injuries or death as a result of automobile wrecks, trucking accidents, automotive manufacturing defects, nursing home negligence, defective products, dangerous prescription drugs, defective firearms, or fires. These services are available with no out-of-pocket costs - ever. 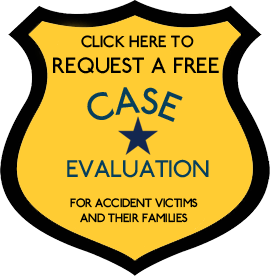 He has been licensed to practice in all courts of Alabama and Mississippi for over twenty years. Mr. Taylor was born and raised in Selma, Alabama. He is married and has three children. Mr. Taylor is active on the Board of Directors at the local YMCA and the Mobile Bar Volunteer Lawyer Program, and on Executive Committee of the American Association for Justice (AAJ). He is a sustaining member of the Alabama Trial Lawyers Association (ATLA), and the South Alabama Trial Lawyers Association (SATLA). He attends St. Paul's Episcopal Church, enjoys playing with his children, fly-fishing, bird hunting and exercising.

100% of Practice Devoted to Litigation

YMCA Board of Directors

Steven A. Martino is a senior shareholder at Taylor Martino. He concentrates primarily on wrongful death, personal injury, class action and mass-tort litigation with special emphasis on financing fraud, products liability and vehicle accidents. Mr. Martino has tried and settled many industrial and construction accident cases in the past twenty years. He has been licensed to practice in all courts of Alabama for over twenty-five years. Mr. Martino was born in Pennsylvania and raised near Cleveland, Ohio. He is married and has three children. He is a sustaining member of the Alabama Trial Lawyers Association (ATLA).

He enjoys playing and coaching sports with his children, golfing, bird hunting and exercising. For seven years, he served as National Co-Liaison Counsel for the Plaintiffs' Steering Committee in the Multi-District Litigation entitled in re: Amtrak "Sunset Limited Train Crash in Bayou Canot in Mobile, AL, USDC Case No. CV-94-5000-RV-C, following the worst railroad disaster in U.S. history which occurred in September of 1993.Mr. Martino was one of three plaintiffs' attorneys who negotiated the landmark settlement with cigarette manufacturer, The Liggett Group, announced in March of 1996 in conjunction with the historic settlement agreement entered into by twenty-two States Attorneys General and The Liggett Group the same week.

Mr. Martino served a Co-Lead Counsel in Nealy v. Woodmen of the World, a class action settlement of $23.1 million which alleged discriminatory practices by the Woodmen of the World Insurance Company in the sale and issuance of life insurance policies to African Americans. He has also served as lead counsel in Hunter v. Bank One (a multi-state class action alleging fraud in the financing of home satellite systems settled for $27.5 million) as well as on the Plaintiffs' Steering Committees in the Carnegie v. Household International, Inc., H&R Block, et al. (establishing a $39 million settlement fund for misrepresentations in the offering of income tax refund anticipation loans "RALS" ) and Cox, et al v. Shell Oil, et al, (establishing the $1.1 billion Polybutylene Pipe Settlement Fund for claims of defective design, manufacture and distribution of polybutylene plumbing systems - the largest settlement of a property damage class action in United States history at that time). In addition to these cases listed above, Mr. Martino has served on several Plaintiffs' Counsel committees for many statewide and national class action cases including those against hardboard siding manufacturers, vitamin and prescription drug manufacturers/distributors, cellular phone providers, personal finance/bank institutions, oil and gas producing companies, and insurance companies.

100% of Practice Devoted to Litigation

Mr. Copeland has worked with Taylor Martino since February 2001. He is primarily responsible for the firm's legal research, brief writing, motion practice, and appeals. Mr. Copeland has briefed and orally argued numerous matters in state and federal trial courts across the country. He has also filed appellate briefs in many state and federal appellate courts, including the Supreme Court of the United States. He has orally argued appeals in the Alabama Supreme Court, the Alabama Court of Civil Appeals, the Florida First District Court of Appeal, and the Ninth and Eleventh Circuits. He is listed in 2013 Alabama Super Lawyers in the area of appellate practice.

After law school, Mr. Copeland served as law clerk for Judge Richard L. Holmes of the Alabama Court of Civil Appeals. He has served as an Assistant Attorney General for the State of Alabama and as the chief trial lawyer for the Mobile County District Attorney's Office. In 1999, Mr. Copeland was named a Special Assistant Attorney General and in that capacity successfully represented several Mobile County Circuit Judges in a mandamus proceeding before the Alabama Supreme Court. Mr. Copeland is married to the former Linda Dorough. He has one daughter and three grandchildren. Mr. Copeland enjoys spending time with his dogs, reading, walking, target shooting, and University of Alabama football.

Supreme Court of the United States

The University of Alabama School of Law, Tuscaloosa, Alabama, 1975

Member, Board of Editors, The Alabama Lawyer (the official publication of the Alabama State Bar)

Alabama Supreme Court Standing Advisory Committee on Rules of Procedure for the Court of the Judiciary and the Judicial Inquiry Commission - Member, 2001 – 2007

Ed Rowan has practiced law for over fifteen years and handles Individual Tort cases, such as automobile and trucking cases, and also Mass Torts, including the Chinese Drywall and BP/Deepwater Horizon Litigation. He has participated in developing and prosecuting both of these Mass Tort cases in their respective Multi-District Litigations. He and his wife Melanie, have two children, Kate and Harris, and reside in Mobile. They are members of St. Paul’s Episcopal Church, where Mr. Rowan is active in assisting the ministries of his church, and he is also active in the Mobile Chapter of Outback America and its ministries. Mr. Rowan is an avid hunter and fisherman, and has also served on local and state Conservation Boards.

After practicing law in Birmingham for four years, Brad returned to Mobile to establish Kittrell & Rowan. In 2009, Kittrell & Rowan joined Taylor Martino to better serve our community.  He is a member of the Alabama Trial Lawyers Association. Brad, his wife Jennifer, and their two children reside in Mobile. They are members of Ashland Place United Methodist Church.

Since joining Taylor Martino in May of 2011, Mallory has focused her practice primarily on investigating personal injury claims involving dangerous drugs and medical devices. Mallory is currently representing hundreds of clients in their claims against the manufacturers of transvaginal mesh, Mirena IUD, and Benicar.  Mallory currently serves on the Plaintiff’s Steering Committee for the Boston Scientific, Massachusetts State Court Consolidated litigation involving lawsuits against the manufacturers of transvaginal mesh implants.  On May 20, 2015, U.S. District Judge Robert Kugler, the judge presiding over the Benicar Multi-District Litigation (MDL), appointed Mallory to the Benicar MDL Plaintiff’s Steering Committee (PSC).  As a member of the PSC, Mallory serves as a leader in the Benicar MDL and she is working to effectively and efficiently represent the common interest of all of the Plaintiffs involved in the MDL.

Mallory is a 2008 graduate of Louisiana State University and a 2010 graduate of Mississippi College School of Law in Jackson, Mississippi. At LSU, she earned her Bachelor of Arts in Political Science and was a member of Tiger Scholars, Pi Sigma Alpha National Political Science Honor Society, Phi Eta Sigma Honor Society, Alpha Lambda Delta Honor Society and Kappa Kappa Gamma sorority.  Prior to joining the firm, Mallory worked as a clerk for two law firms in Jackson, MS where she handled claims involving the BP Oil Spill Litigation and the Countrywide Home Loan class action law suit.

All Trial Practice and Civil Litigation

Habitat for Humanity of Southwest Alabama Young Professionals Board

Kenny Metzger has focused his practice primarily on personal injury cases with an emphasis on automobile wrecks, slip and fall cases, worker’s compensation, and breach of contract cases.  He has also assisted the firm with the BP Oil Spill Litigation, environmental tort claims, and defective smoke alarm cases.

Kenny graduated from Jones School of Law in Montgomery, Alabama where he was named to the Dean’s List.  While in law school, he worked for the law firm Hubbard Coleman and interned with the U.S. Attorney’s Office for the Middle District of Alabama.  He also spent a summer volunteering for the Mobile Volunteer Lawyers Program, and served as the treasurer and senator of the school’s Phi Alpha Delta law fraternity.

Before attending law school, Kenny grew up in Mobile where he attended St. Paul’s Episcopal School.  Upon graduation, he attended Millsaps College in Jackson, Mississippi where he was selected to the Beta Alpha Psi honor society.  While at Millsaps, he helped the Majors win four conference championships, and earned recognition as a SCAC Honorable Mention and was named to the SCAC Academic Honor Roll.

All Trial Practice and Civil Litigation

Our firm’s practice areas include:

all types of personal injury and wrongful death claims.

Get the information you need in a no-cost, no-obligation case evaluation after a Mobile, Alabama collision

When someone has been injured or killed in a motor-vehicle crash, legal information about a victim's rights and options is crucial. Medical bills need to be dealt with, documents need to be filed, and when someone dies due to negligence, a wrongful death claim needs to be launched. Getting help from an experienced attorney is a smart first step towards recovery.

Contact the attorneys at Taylor Martino by calling (800) 256-7728 or by completing this quick contact form. Since there are no up-front costs or fees, there is no downside to getting the legal information needed to begin recovering from a serious accident.

Nino Prisco, 30, killed in pedestrian collision on US 98 near Mobile, Alabama

One person killed and several students injured in collision involving school bus at Government and Michigan in Mobile, Alabama

One person killed in crash at Highway 98 and Chris Hires Road in Fairhope, Alabama

One person killed in truck crash on I-65 near Creola, Alabama

William B. Shuman, 56, killed and Drazen Alilovic, 48, arrested in collision on AL 225 in Baldwin County, Alabama