Laredo, TX - Accident News and Resources including car, bicycle, motorcycle and truck accidents and much more.

Laredo is located on the north bank of the Rio Grande in South Texas, across from Nuevo Laredo, Tamaulipas, Mexico. The city's economy is based on international trade with Mexico, and many major transportation companies have facilities in Laredo. Laredo is the largest inland port on the United States-Mexican Border, and boasts four international bridges.

Many major roadways begin and end in Laredo because of its position on the International border. Here are details about a few on the American side.

Other Transportation in Laredo

Go here to learn about recent accidents in Laredo, including:

What to do after a serious injury accident in Laredo

When someone has been injured or killed in a motor-vehicle collision in Laredo, the accident victim and their family members are left with medical bills, lost income, and other costs. It is important to get legal assistance to help the accident victim recover, or when the accident is fatal, to help the family members begin to recover from their losses. Learn more about how a Laredo personal injury attorney will help injured victims and families.
Rank:
188
Percent of U.S:
0
State:
Texas

This is really hard to watch.

If you live in Texas and drive on highways a fair amount, here’s what you should know about semi-truck accidents.

INJURED AT WORK IN TEXAS? KNOW YOUR RIGHTS

Information about making a worker’s compensation claim in Texas is critical to learn if you work anywhere but is particularly critical if you work in a high-risk environment.

WHAT TO BRING TO YOUR FIRST CAR ACCIDENT CASE CONSULTATION

The best way to win the damages you think you may be owed is by retaining the help of a personal injury attorney with experience in car accident cases.

HOW CAR ACCIDENT FAULT IS DETERMINED IN TEXAS

HOW MOTORCYCLE ACCIDENTS MOST COMMONLY OCCUR

It was found that in the portion of motorcycles accidents that occur because of motorcycle-on-vehicle collisions, the majority occur when cars hit motorcycles head-on. Often, these types of accidents are fatal.

IS THERE A MINIMUM PERSONAL INJURY SETTLEMENT AMOUNT?

It’s important to know that even if your personal injury seems small if it caused you significant financial trouble or pain and suffering, it may still be worth your while to make a claim.

IMPORTANT FIRST STEPS AFTER BEING INJURED IN A MOTORCYCLE ACCIDENT

After you have tended to injuries, you should make sure the accident is properly reported to the local law enforcement department.

IS LANE SPLITTING LEGAL IN TEXAS?

If you’re a frequent motorcyclist in Texas, here is what you need to know about the practice of lane splitting on Texas roadways.

DEATHS FROM RUNNING RED LIGHTS AT 10-YEAR HIGH: HOW TO STAY SAFE

According to the AAA study, more than half of the red light fatalities were passengers. So, the people making the decisions behind the wheel were not even the primary fatalities.

WHAT HAPPENS IF YOU GET INJURED WHILE DRIVING WITHOUT A LICENSE?

If you were driving and have been injured without a license, here are some things you should definitely know.

One person injured in motorcycle crash on Bustamante in Laredo, Texas

Pedestrian injured in collision at Lyon Street and Springfield in Laredo, Texas

Crash causing lane closures on I-35 in Laredo, Texas

Pedestrian killed in collision at Mangana Hein Road and Highway 83 in Laredo, Texas

Four people injured in crash at Highway 83 and Cielo Lindo in Laredo, Texas

One person injured in rollover crash involving commercial truck on I-35 in Laredo, Texas

Vehicle crashes into pole on Zapata Highway in Laredo, Texas

Human smuggling attempt leads to rollover crash on I-35 near Laredo, Texas

One person injured in rollover crash on Lucy Avenue in Laredo, Texas

END_OF_DOCUMENT_TOKEN_TO_BE_REPLACED 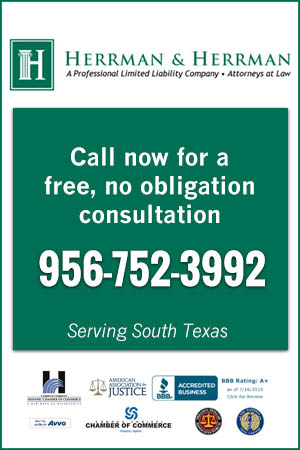