Oklahoma City is the capital and largest city of the state of Oklahoma. The county seat of Oklahoma County, the city ranks 27th among United States cities in population, with 616,411 residents as of July 2014. Oklahoma City features one of the largest livestock markets in the world. Oil, natural gas, and petroleum products are the largest sector of the economy. The city lies in the middle of an active oil field. The federal government employs large numbers of workers at Tinker Air Force Base and the United States Department of Transportation's Mike Monroney Aeronautical Center.

Oklahoma City has a humid subtropical climate, with frequent variations in weather daily and seasonally, except during the hot and humid summer months. Prolonged and severe droughts, as well as very heavy rainfall leading to flooding, happen regularly. Severe ice storms and snowstorms can occur during the winter. Oklahoma City has a very active severe weather season from March through June, especially during April and May. Being in the center of what is referred to as Tornado Alley, it is prone to especially frequent and severe tornadoes, as well as very severe hailstorms. Tornadoes have occurred in every month of the year and a secondary smaller peak also occurs during autumn, especially October.

Oklahoma City is a major air transportation and maintenance center, with three major airports and numerous other smaller ones. Will Rogers World Airport (OKC) is the principal commercial airport of the state. Wiley Post Airport (PWA) is located in the West Oklahoma City suburb of Bethany and is the FAA-designated reliever airport for Will Rogers World Airport. It also is the primary general and corporate aviation airport for the Oklahoma City metropolitan area. Tinker Air Force Base is the largest military air depot in the nation and is located in SE Oklahoma County. Clarence E. Page Municipal Airport is a city-owned public use airport located in Canadian County. Sundance Airpark is a privately owned public use airport located in Canadian County. EMBARK (formerly METRO Transit) provides bus, ferry transit, and bike share in the Oklahoma City metro area.

After a serious accident, you may need information on major hospitals in Oklahoma City:

Go to this link to get information about grief support programs and groups in the Oklahoma City area.

After someone has been injured or killed in a motor-vehicle crash in Oklahoma City, many decisions need to be made immediately and questions need to be answered. For example, how much of the medical costs will be covered by the insurance policy? How does PIP insurance help with medical bills immediately? What if the at-fault driver has no insurance?

Where to find legal assistance after an Oklahoma City injury accident

After a serious crash, it is crucial to get help from an Oklahoma City injury attorney who understands the local regulations and legal standards, who knows how insurance policies work when an injured person is out-of-network, and who can handle all aspects of an insurance claim so the injured person can focus on recovery. If someone is killed in a collision, an Oklahoma City wrongful death attorney will launch a claim that will begin the process of financial recovery for the family members left behind. Learn more here about what an Oklahoma City personal injury lawyer can do to help.

Tractor trailer accidents can cause catastrophic injuries and extensive property damage. Compensation is tied to the amount of losses injury victims suffer because of the crash. Learn more about OKC truck accidents here...

One airlifted to hospital after collision involving semi-truck and SUV on I-35 near Guthrie, Oklahoma

Driver unharmed after crashing car into utility both, causing it to break and fall on the vehicle at Northwest 23rd Street and Meridian Avenue in Oklahoma City, Oklahoma

END_OF_DOCUMENT_TOKEN_TO_BE_REPLACED 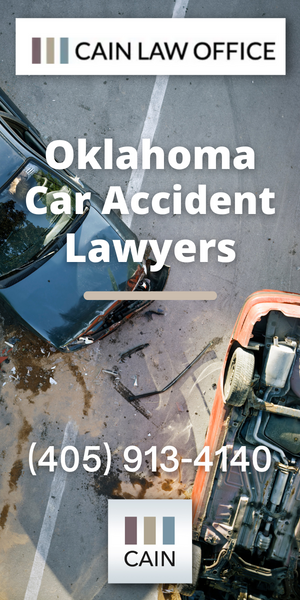