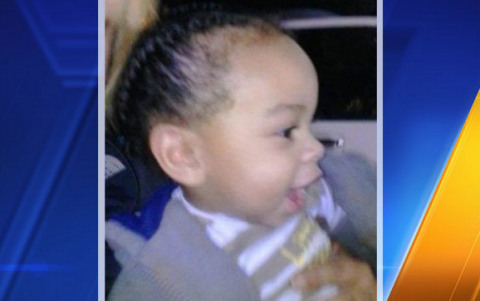 The rampant ignorance about, and witch hunting of, homeopathics rages on; yet another example.

There is no need for anyone to waste time on a "witch hunt". Deadly results or a complete lack of results ultimately reveals the truth. Have some echinacea tea and relax. 😂

No sense in anyone speculating or throwing stones.  Either they did a toxicology study on the deceased, or they did not. If they did not, then there was no crime, because there is no evidence. In that case, the culpable parties are the (not thorough enough) investigators.

Permalink Submitted by Donna Ridings on Fri, 05/21/2021 - 5:08pm
Missing the point! At least 0 healthy beautiful babies including Tanessa died after being given this stuff! Homeopathic isn't regulated as tightly as prescription or real medicine cleared by FDA so their dilutions may be off and claiming lower dosage when toxic. What the author is saying iis.that these homeopathic "chemicals" aren't affective until a certain level but regardless of the chemical the side effects at that level are not disclosed nor known. These are chemicals, just like everything else is a chemical. These people are just trying to make money. Be careful. Poor Mommies who trusted this crap!❤😪🍊UF Chem.🐊

you OBVIOUSLY have ZERO knowledge of what homeopathic medicine is or how it works.  it is not even possible for that baby to have died from that.  NONE ZERO ZILCH    this is a sue happy country, expecially the 'victim card carriers' who sue anyone they can for all the wrong reasons.

Homeopathic formulations are compounded from material substances in varying strength. For instance, a toxin such as arsenic is diluted  by taking 1 milligram and mixing it with 10 milligrams of lactose and shaking it (sucussing ) 0nce. Then 1 milligram of this powder is mixed with 10 milligrams of lactose and shaking it once. And so on. After doing this process 12 times we get a substance which is called arsenicum 12X  which by avogadro's number contains no detectible arsenic. This process can be further compounded to create   20X, 30X etc. This can also be done in a dilution of 1:100 and is called a centsesimal dilution and is labeled 1C for the first dilution up to as many times as needed up to 200C,  1M(million) , 10M , etc. There are other formulae for dilutions such as LM, etc. Suffice it to say that potencies beliw 12X may contain a material dose of the original substance and can be harmful to infants and certain susceptible persons.Homeopathy is much safer and more effective that western medicines, all of which can be deadly , even aspirin.A potentized substance cures what the material substance would cause. The basis of homeopathy is "like cures like" .The higher the dilutions, the stronger the medicine becomes because it works energetically in the body not like western drugs which all have side effects and make big pharma billions of dollars while killing people. Witness Zantac, humira, acetominiphen, etc.

Second, simply because something claims to be "all natural" does not make it safe. Botulism, too, is "all natural."

Belladonna is a homeopathic anticholinergic derived from a plant known as Deadly Nightshade. Don't trust homeopathic dilutions and just don't give it to kids.

Permalink Submitted by Doretha Kelly on Mon, 10/25/2021 - 2:55am
The baby died after taking this cold medicine, not after being vaccinated.

Why dont you believe the baby died from the med? Do you belive the mom just made up some wild story that her baby died? This is very painful as a parent to lose  a child at any age especially your baby. Some people have no compassion for other individuals regardless if the baby died from the meds the famly lost a child. You will never understand utill it hits home one of your own.

Why would you give you baby anything without researching it,,You might have seen there was issue with this "natural cold medicine"..Why is it always somebody else's fault and the parent's responsibility is waved.  You are the steward of the child..He can only count on you..You messed up by not being diligent in what you are giving your child.

Read the story again. The mother did not give it to the child.   The girlfriend of the childs father did.  And that doesn't mean the father even knew about it. Some people don't realize that homeopathic remedies are also dosed differently for children than they are for adults, just like FDA regulated medicines. Maybe the woman didn't realize and gave the same dosage as she would have taken herself.

Permalink Submitted by Angela Magee on Sun, 12/26/2021 - 5:27pm
Wow how sad of some, heartless even.. a baby dies and of course the ppl with no life other than thumb thuging, has nothing but cruel things to say.. If we buy anything on a shelf that has the chance of killing a baby it should say so, period..

My boys are well into their 20s now.  When they were young I was always nervous about giving them any medicine, Even medicine  prescribed by a doctor.

Did the autopsy say the cause of death was poisoning, or was it caused by a pathogen that caused epiglottitus, tracheaitis, bronchitis, pneumonia, etc? I suspect it's the latter. Some of these respiratory infections fulminate very rapidly, and OTC medicines do not have any effect on them (positive or negative).

You people are all sheep if you think an FDA regulation makes anything safe. All FDA does is help make Big Pharma rich. Of course they wouldn't put something toxic in any product knowingly, although accidents do sometimes happen, just as with recalls on other products. However, homeopathy is very safe with a very long history of use in humans -- longer than your 'normal' accepted, FDA approved medicines. This is merely ignorance and scapegoat hunting.

In reply to "homeopathy" - Homepathic medicines are not regulated by the FDA. To say homepathy is very safe, is categorizing a lot of products and practices under one canopy, calling it safe. Unless you personally know what goes in a mixture or tonic, the effects it has on different ages, the correct ingredients, how they correspond together, and the correct dosage, and rule out any allergic reaction, you should not be administering it.

Homeopathy is just another example of brain rot. This country is filled with complete idiots that are so self-assured of how much smarter than they are than others that they'll willfully poison children or let children suffer. Zero of these people have any education that would make even make them qualified to interpret medical research, much less conduct even the most basic research of their own, but they'll watch their kids suffer and perhaps die while masturbating to their own image and shouting "Do yOuR OwN rEseArCh!!!!! REEEEEE!!!!" Complete narcissistic idiots enabled and emboldened by a culture of unwarranted exceptionalism.