Texas is the second largest U.S. state, behind Alaska, with an area of 268,820 square miles (696,200 km2). Texas is home to 10 climatic regions, 14 soil regions and 11 distinct ecological regions, and its vast cultural and economic diversity makes it difficult to categorize into just one cultural region of the United States. Texas was once its own independent republic before becoming annexed into the United States in 1845.

The Climate Regions of Texas

Extreme weather conditions can make driving in Texas a challenge. Go to the Texas Department of Transportation to get more information about safe driving in all sorts of circumstances.​

Go here to read about recent accidents across Texas:

What to do after a serious accident in Texas

If you or a loved one has been hurt or killed in a motor vehicle accident in Texas, it is essential to get legal assistance to cover the medical bills, lost income, and other costs that arise. A Texas personal injury attorney will make sure that you and your family are compensated so that you can begin rebuilding your life.

Right lane closed due to wreck on eastbound I-635 in Garland, Texas

Two injured in head-on collision with an 18-wheeler after fleeing from deputies on Central Freeway in Wichita Falls, Texas

1 person dead, another critically injured after head-on crash with semi-truck near Bulverde Road and Wurzbach Parkway in San Antonio, Texas

Semi truck rolls over on Loop-375 at Ramp N in El Paso, Texas

Motorcyclist dead after being thrown from vehicle in crash on U.S. Route 59 in Houston, Texas

Mark Deshun Walker, 57, dies when hit by multiple cars, one of which fled the scene, at Wichita Street and Martin Street in Fort Worth, Texas

Axel Jimenez, 22, Elias Galaves, 26, and Gerardo Ibarra, 42, all die when pickup truck they're in collides with semi-truck at Monte Christo Road and FM 1015 near Edcouch, Texas

Three hospitalized after pickup truck and other vehicle collide on East Slaton Highway in Lubbock, Texas

END_OF_DOCUMENT_TOKEN_TO_BE_REPLACED 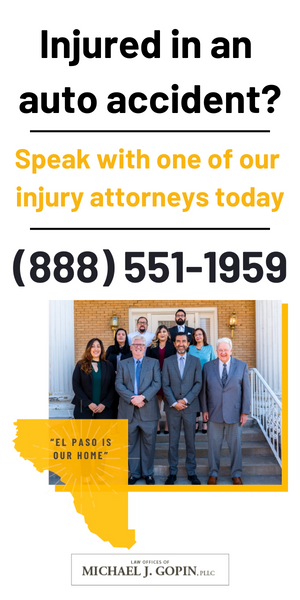